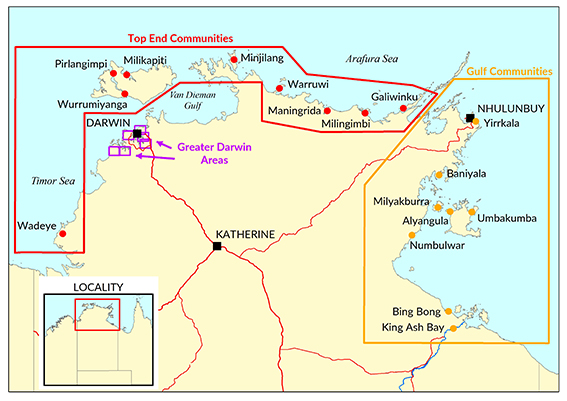 The Northern Territory coastline can experience storm surge, which is an on shore inundation resulting from strong onshore winds associated with a tropical cyclone. A Tropical Cyclone Storm Tide is the combined effects of a normal tide (low to high astronomical tide) plus storm surge plus wave setup.

Storm surge inundation maps have been developed for areas in Greater Darwin and for communities in the Gulf and Top End regions. These maps are based on the projected mean sea level by year 2100 for hazard Return Periods (or Average Recurrence Intervals ARIs).

Department of Environment and Natural Resources

Give feedback about this page.